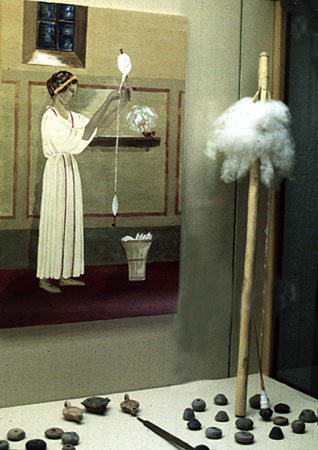 This drawing shows a woman spinning fleece into thread using a distaff and spindle; to the right of the drawing are reconstructions of these implements, with actual spindle whorls below. A clump of fleece was attached to the wooden distaff, which was supported in the left hand. The end of the thread was tied to the spindle, a rod which ended in a heavy stone or metal whorl which helped the spindle to rotate as the woman spun the thread through the fingers of her right hand. 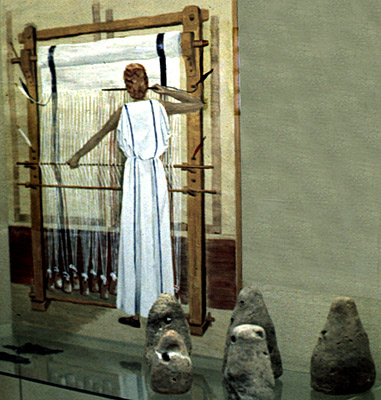 After the thread was spun, it was woven into cloth using a large vertical loom; the warp threads were weighted with heavy stone or clay loomweights, several of which are shown to the right of the drawing. Below is a reconstruction of this type of loom; note that the woman had to stand to do most of the weaving, since the stool would not be useful until the cloth was nearly completed. 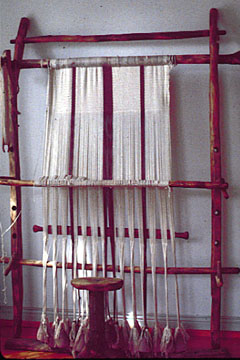