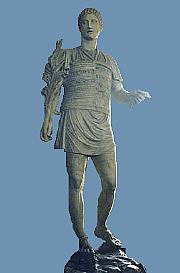 Scorpus, a famous charioteer who lived at the end of the first century CE, won 2,048 victories in his short life. Although we do not know how he died, it is likely to have been in one of the numerous crashes (which the Romans called naufragia, “shipwrecks”) that occurred during races. Since charioteers wrapped the reins around their bodies, after a crash they were often unable to cut themselves free with their daggers. Crashes frequently occurred near the turning posts, as shown in the following detail from a circus relief in the Pergamon Museum in Berlin, which shows a fallen charioteer being trampled by another team. 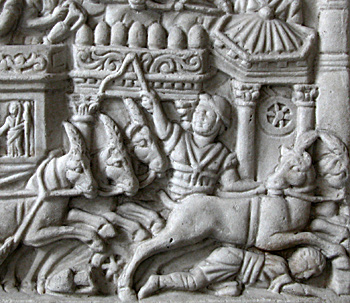