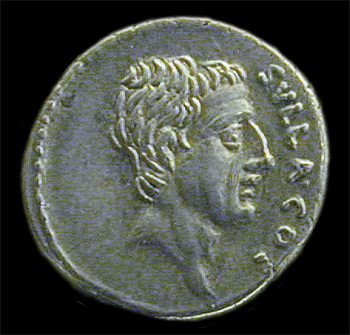 Lucius Cornelius Sulla: Sulla was a noble from a prominent senatorial family; he served under Marius in wars in Africa and Germany, and won fame during the Social War of 90-88 BCE, a civil war against Rome by its Italian allies. Elected consul in 88 BCE, Sulla was granted command of the war against the Asian king Mithridates by the Senate. However, the Assembly of Tribes granted this command to Marius. Sulla marched on Rome with 6 legions, whereupon Marius fled. While Sulla was leading the war in Asia, Marius and Cinna took power in Rome and used riots and violence to suppress their enemies. After Sulla concluded the military affairs in Asia, he again marched on Rome with his army in 83 BCE and effectively suppressed the violence in the city. The Senate declared him dictator in 82, and he held this office until 80, when he became consul again. To restore order and eliminate his enemies, Sulla initiated a process called proscriptions; he published lists of public enemies who were to be summarily executed and whose property was confiscated by the state. While in power, he instituted many constitutional reforms designed to give more power to the Senate and to reduce the role of tribunes, popular assemblies, and equestrians. He passed a law that there was to be no standing army anywhere in Italy, and he made it treasonable to lead an army into Rome (trying to prevent others from doing exactly what he had done). In 79 BCE, apparently in poor health, he voluntarily resigned and died in 78.

Although Marius's military power had undoubtedly influenced his political success, Sulla was the first to actually lead an army into the city of Rome in order to further his political ambitions. He was not to be the last.