Hunting was a popular sport among Romans, and they incorporated this into the games in the amphitheater by collecting animals from all over the empire—the more exotic the better—and staging elaborate hunts in the arena. A series of fourth-century CE mosaics from a Roman villa in Piazza Armerina, Sicily, depict the process whereby these animals were caught and transported to Rome. Since the animals had to be trapped unharmed, ingenious methods were devised for luring them into cages, such as using a tiger cub to trap its mother. 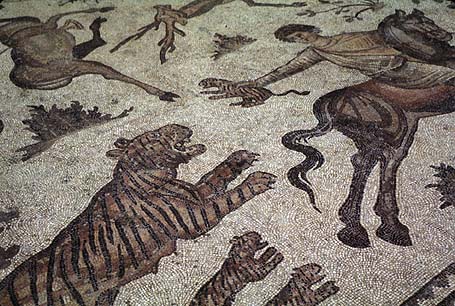 These animals were transported in wagons and transferred to boats to be shipped to Rome. Although the typical Roman would have been more likely to interpret the venationes in the arena as a reassuring symbol of man's—especially the Romans'—control over the wild forces of nature than as an unwarranted destruction of other living creatures, the mosaicist of Piazza Armerina was at least able to view the wholesale entrapment of animals from the other side in this depiction of a griffin imprisoning a man in a cage. 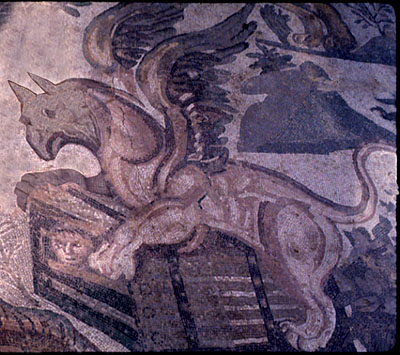